If you’re reading this article you may have heard people talk about castor oil making their hair grow faster, and castor oil natural hair growth challenges. (Hairlista anyone?)

People have been using castor oil in their hair for centuries and nowadays castor oil is trending again for its use to grow edges, eyebrows, and lashes back faster!

In typical Hibiscus Roots fashion, we’re gonna be breaking down the benefits of castor oil. We’ll also be talking about whether or not it ACTUALLY makes natural hair grow faster!

Contents hide
What is Castor Oil and How is it Made?
So, Does Castor Oil Make Hair Grow Faster?
What are the Benefits of Castor Oil for Natural Hair?
1. It is antioxidant and anti-dandruff
2. It is anti-fungal and anti-bacterial
3. It has a high viscosity
4. It can strengthen the hair strand
5. It increases elasticity and manageability
6. It enhances other products
7. It helps combat breakage
Is Castor Oil Good for Low Porosity Hair?
How to Use Castor Oil in your Natural Hair Routine
Light vs. Black Castor Oil vs. JBCO vs. HBCO

What is Castor Oil and How is it Made?

We’re going to jump right into the question that’s on everyone’s mind.

And like most ingredients we spotlight here at HR, the answer is kind of.

We’re going to be highlighting the reasons for this when we talk about the benefits of castor oil below!

What are the Benefits of Castor Oil for Natural Hair?

1. It is antioxidant and anti-dandruff

Castor oil is a natural antioxidant. It is also rich in vitamin E, omega-6, and omega-9 fatty acids which combats dandruff and other scalp conditions that would otherwise prevent healthy hair growth.

2. It is anti-fungal and anti-bacterial

Castor oil is a force against fungus and bacteria which makes it a great way to keep the scalp healthy. You can keep inflammation and irritation at bay by keeping castor oil in your natural hair regimen!

3. It has a high viscosity

What this means is that castor oil is THICK. If your hair is high porosity, and you have trouble retaining moisture in your natural hair, applying castor oil to your ends is a great way to seal your moisture in.

4. It can strengthen the hair strand

As mentioned, because castor oil is so thick it can act as a great way to reinforce your hair strands. This way, it becomes difficult to break and easier to retain length! Contrary to what you may have heard castor oil actually doesn’t contain any proteins.

5. It increases elasticity and manageability

Castor oil is a great way to lubricate your natural hair strand and keep your strands flexible and easy to manage. This is is because friction is the enemy of natural hair — it is partly responsible for frizz.
Friction is also the reason we deal with tangling and matting in natural hair. Fortunately, because castor oil is so thick, it is one of the best ways to reduce this friction.

6. It enhances other products

What’s really great about castor oil is that it has been shown to improve the efficiency of other products. It does this by increasing the absorption of other products into your hair and scalp! Keep this in mind when we talk about all the different ways you can add castor oil to your natural hair routine!

Knowing all of this a good question you might have is whether or not castor oil is good for low porosity hair.

The simple answer is yes, but if you have low porosity hair you may not be able to use castor oil very often.
If you constantly seal your natural hair with castor oil, it will form a heavy barrier over your already flat hair cuticles.
As such, after using it once, it would be impossible to get water past this barrier when you need to re-moisturize before washday.

So with this in mind, if you have low porosity hair, try to only use castor oil sparingly.

You can add it to your DIY hair masks, use it as a hot oil treatment and wash it out, and add a tablespoon of it to your sealing oil.

As usual, try out different levels of castor oil in your regimen from using it all the time to using it only once in a while. Find out what works for YOUR HAIR and keep doing it!

How to Use Castor Oil in your Natural Hair Routine

Light vs. Black Castor Oil vs. JBCO vs. HBCO

Another question we get often is whether or not there is perfect castor oil for natural hair.

Does the castor oil have to be black? Extra dark? Jamaican? Haitian?

Black castor oil is derived from castor beans that have been roasted, ground, boiled and heat extracted. The roasting process is what gives black castor oil its dark color.

To reap the most benefits from your castor oil, opt for one that’s dark, unrefined, and undiluted — no matter its origin! 😉 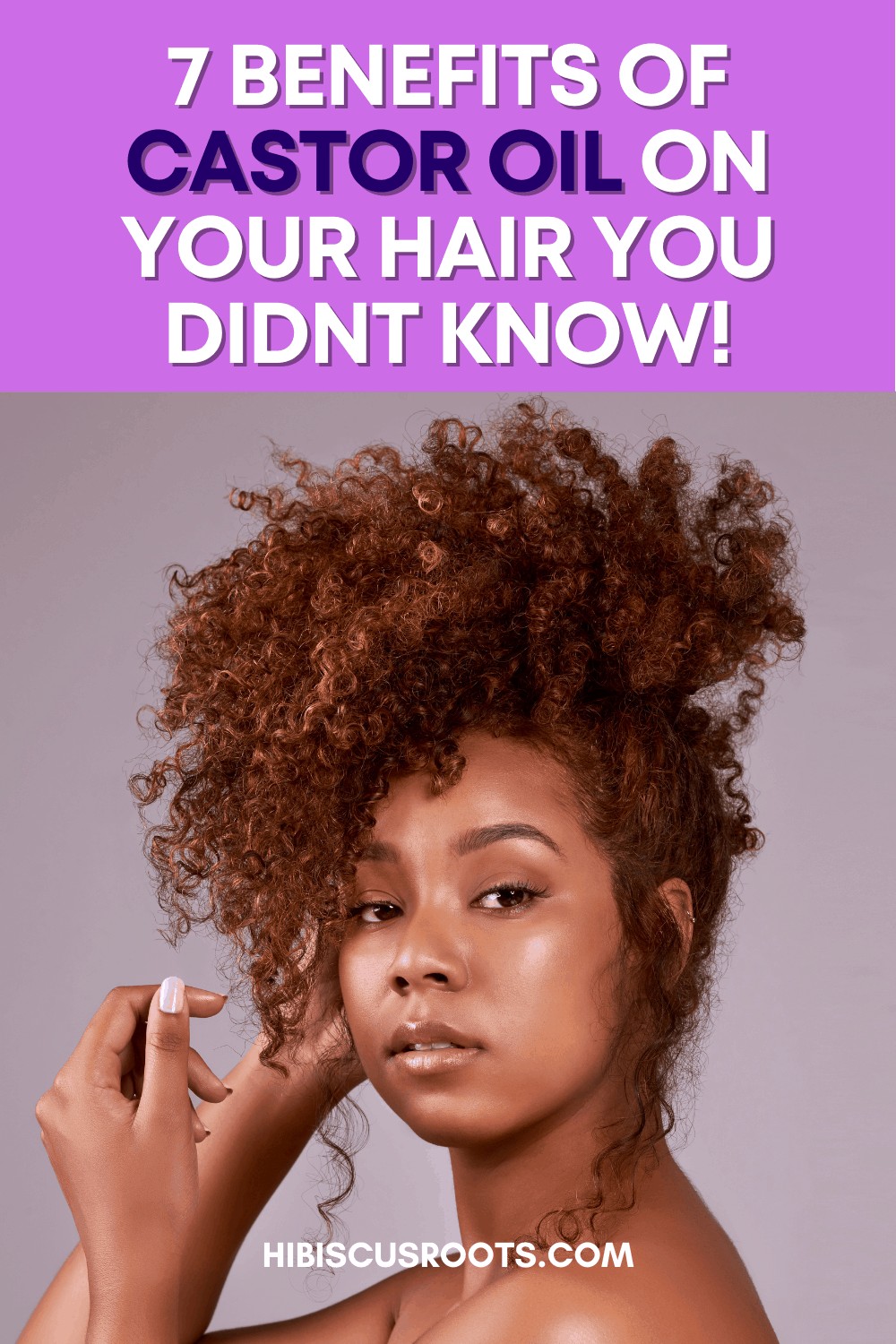 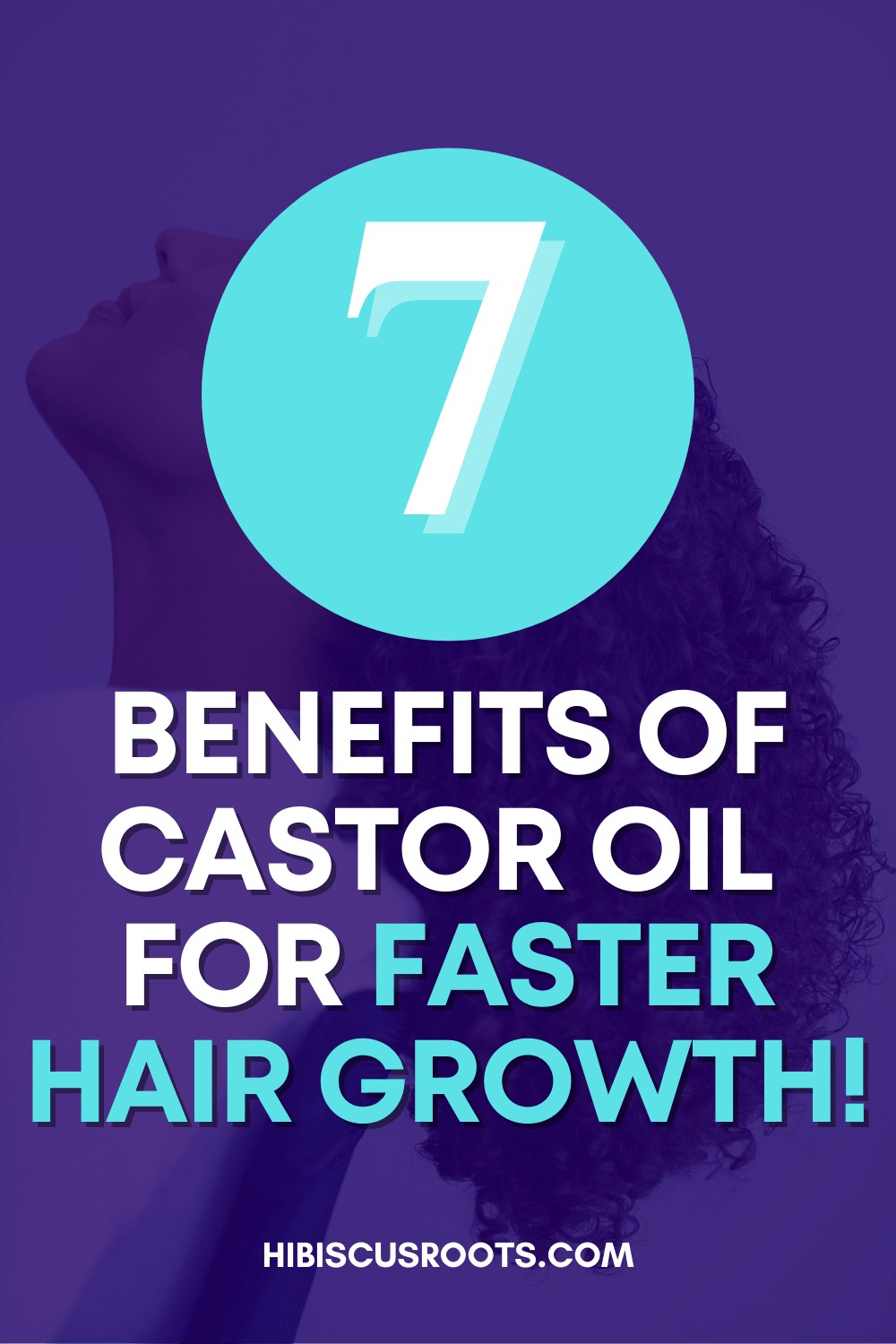 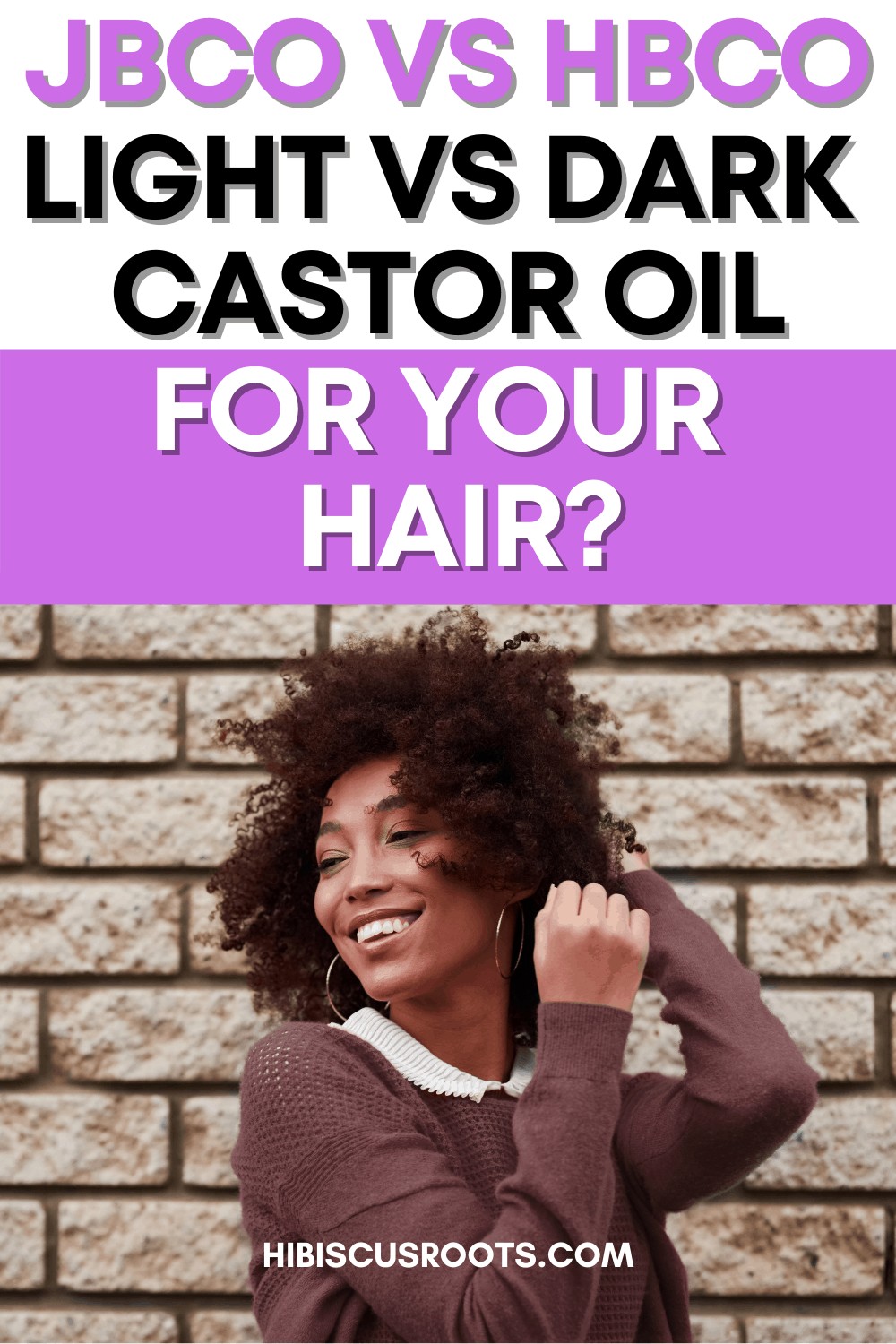 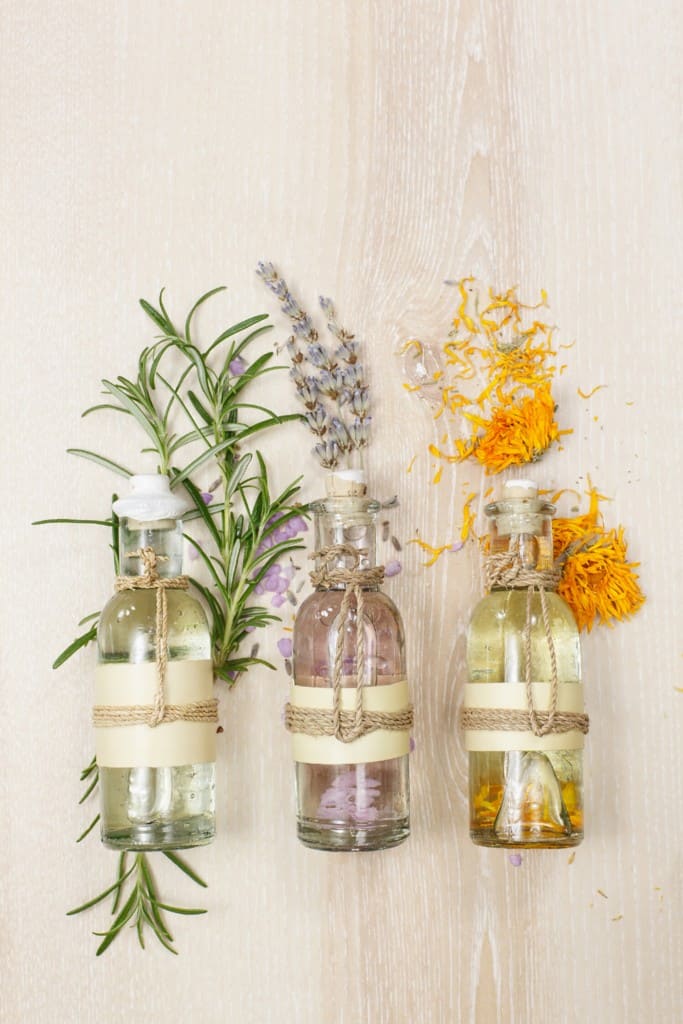 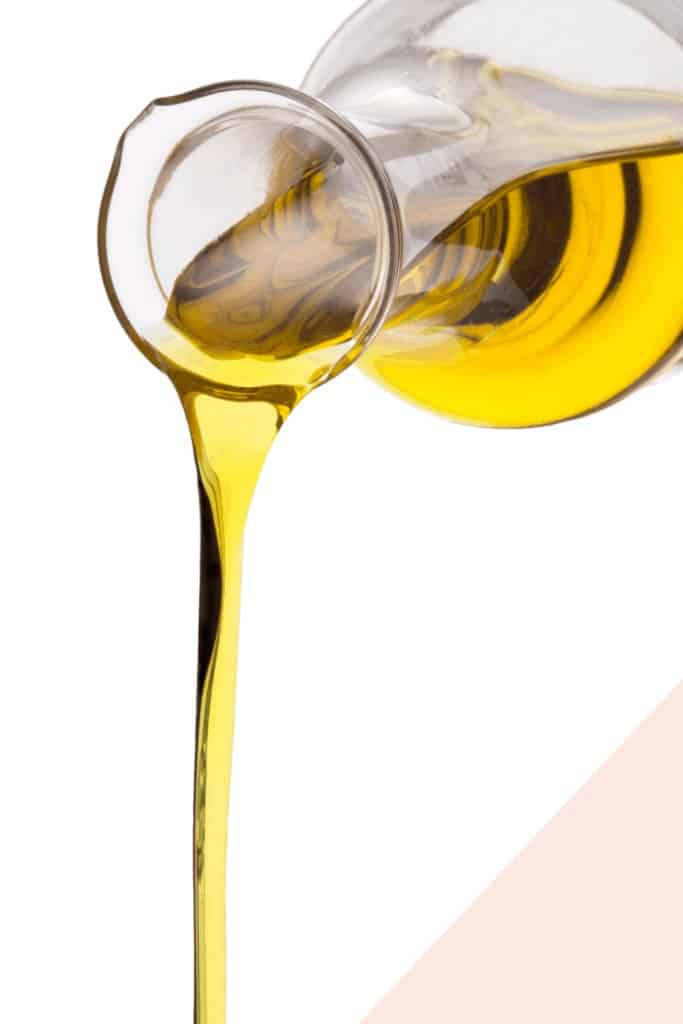 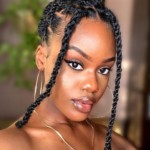 14 Gorgeous Natural Hairstyles You Can Do At Home! 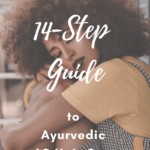